• Carries County Route 543 across the Rancocas Creek between the towns of Riverside, NJ and Delanco, NJ

• Current bridge is the third built at this location
• Idea first surfaced in 1853, but first bridge (old rounded Bow Truss style) not built until 1870 for wagons and passengers at the cost of $50,000
• Second bridge (Warren Truss style) built in 1901 to accommodate trolleys, other vehicles, and pedestrians
• Second bridge strengthened in 1923 due to larger and heavier trolleys

• Construction of present bridge (through Pony Truss style bridge) began in 1934 as a partially federally funded Public Works Administration project
• In February, 1935, design and construction problems identified; operating machinery for the movable span was under water at certain high tides. Construction differed significantly from prepared contract plans.
• Swing span was required to be raised 4 feet and abutments 3 feet to overcome this problem
• Bridge approaches were also raised to meet the new elevation
• Burlington County Freeholders replaced Bridgeweld Engineering Corporation (of NY), the original Consulting Engineer
• Ash, Howard, Needles, and Tammen (of NY) appointed new Consulting Engineer
• Revised as-built contract plans were forwarded to the US War Department for approval
• Opened to traffic on September 14, 1935
• Officially dedicated as the “Landon-Stone Memorial Bridge”
(Landon and Stone were Burlington County residents who served as high-ranking officers in the Spanish-American War and World War I)
• General contractor was Kolyn Construction Company
• Fabricator and erector of the superstructure steel was the American Bridge Company 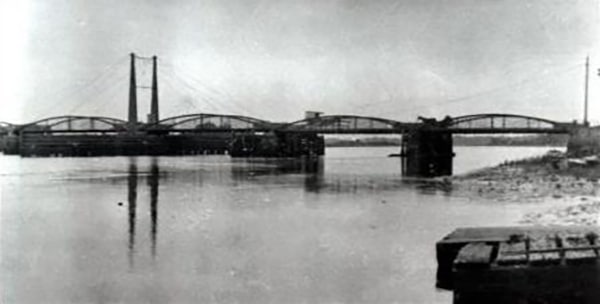 • Vertical clearance under the swing span is approximately 12 feet at low tide and less than 6 feet at high tide
• Marine vessels requiring a vertical clearance greater than that of the movable span in its normally closed position must request a bridge opening. The swing span rotates 90º over the center pier and fender system to permit passage of the vessel; vehicular traffic is temporarily stopped until the vessel clears the bridge; the span then resumes its normal lowered position.
• Opening and closing operations occur at the center of the swing span, at roadway level, by the bridge operator
• Horizontal navigation clearance at the swing span is approximately 52 feet between the timber fenders

• Electrical power is supplied by PSE&G. Submarine cables installed under the riverbed carry power from one side to the other
• Navigation lights installed at various locations warn the marine traffic of the bridge structure 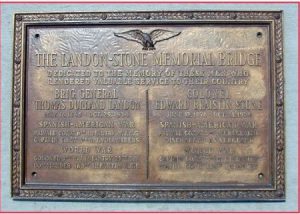 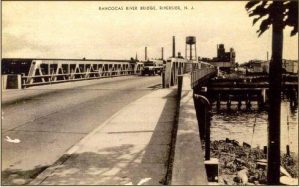